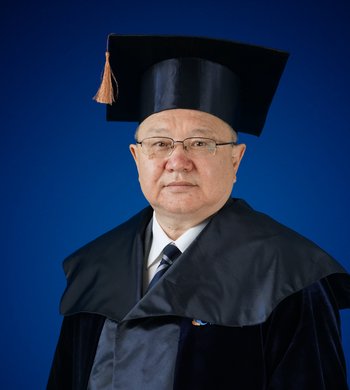 Syrlybayev Marat Kadiruly, was born in a family of employees on February 18, 1963 in the Dzhambul region of the Moyinkum district.

After graduating from the secondary school in Alma-Ata, with distinction in 1980, he entered and graduated from the Faculty of History of S. M. Kirov Kazakh State University.

Higher education in Banking he received from the Market Institute under the Kazakh State Academy of Management, and the qualification of a lawyer from the Kazakh National Agrarian University.

In 2015 enlisted in the staff reserve of administrative public service level "A".

Political party: a member of the party "Nur Otan", Deputy of the Akmola Regional Maslikhat 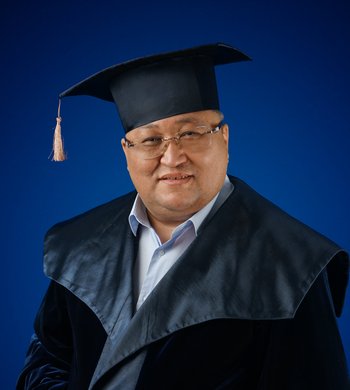 In 1993 he graduated from the Petropavlovsk Pedagogical Institute. K. D. Ushinsky.

1994 to 1999 - Lecturer at North Kazakhstan University, executive director of the SKU Alumni Association.

1999-2000 chief specialist of the North Kazakhstan regional department of information and public consent.

In 2006-2009 he was in the civil service in the Ministry of Tourism and Sports of the Republic of Kazakhstan. (head of department, deputy director of department).

In 2009 - the manager of the branch of Kazaeroservice JSC in Petropavlovsk.

In 2013 - Head of the Service for National and International Programs of the State Institution "Nazarbayev Center".

Since 2013 - President of the Republic-Region-Development Public Foundation.

Since 2014 - President of the Kazakhstan Alliance of Bloggers NGO.

Engaged in social and political work.

Even in his student years, he was a trade union leader of a group, faculty.

After studying at the institute, together with his colleagues, he organized the Council of Young Scientists of the SKU, the chairman of which was from 1994-1996.

Since 2020 - Vice-Rector for Social and Cultural Development.

Vice-rector for scientific work and interaction with the region

Doctor of Philology, Professor. Winner of the State grant "The best teacher of the university" in 2010.

Graduated with honors from Tomsk State University with a degree in Russian language and literature.

Vice-rector for Internationalization and Infrastructural Development

A PhD in philological sciences (Kazakhstan), a graduate and global ambassador of Penn State University (USA) majoring in Management in Education and Internationalization, a recipient of the prestigious Bolashak Presidential Scholarship in Kazakhstan, and the title-holder of “The Best Lecturer of the Republic of Kazakhstan” in 2016.

Since 2012, Dr. Sagyndykova worked for 2 years as Head of Academic Mobility and the Bologna Process Department at the Kokshetau State University in Kazakhstan, later proceeding her career at Penn State University as Assistant Dean of the School of Law. At the same time, she underwent a scientific internship under supervision of the Vice-Provost of the University at the Global Programs Office and headed Penn State Law Eurasian Programs office.

In 2021, Dr. Sagyndykova assumed the duties of Vice-Rector for Internationalization and Infrastructure Development.